You are here: Home1 / News2 / animal cruelty3 / Animal Shelter worker accused of having sex with a dog

According to Monday’s KSLA News, a former Caddo Parish Animal Shelter worker is accused of having sex with a dog. The woman accused of bestiality is identified as 24-year-old Celina Ann Cabrera of Shreveport, Louisiana. Another person has also been implicated in the crime – the second person, identified as 41-year-old Booker Talioterro Thomas, Jr., allegedly recorded the incident on video.

According to the report, it was Thomas’ dog who was subjected to Cabrera’s alleged lewd acts. Both individuals work (or worked) at the Caddo Parish Animal Shelter. Cabrera and Thomas are facing charges for crimes against nature.

No word on the current whereabouts/status of the dog who was involved in the incident.

Earlier this month, a woman in Mississippi was arrested on similar charges. Learn more about that situation at this link. 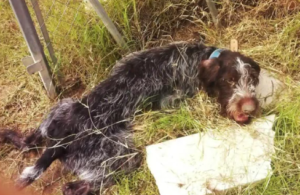