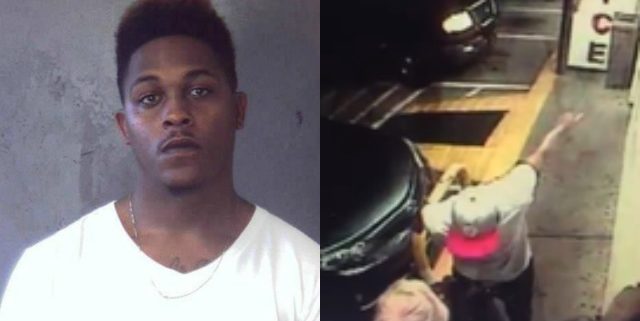 An alarming surveillance video shows a man in Dekalb County, Georgia, punching and dragging a puppy outside of a BP gas station. According to Thursday’s Atlanta Journal Constitution, the man in the video, identified as 26-year-old Kirby Crane of Ellenwood, has been charged with misdemeanor animal cruelty for the incident which took place last weekend.

According to witnesses, Crane began punching the puppy with a closed fist after the pup wandered away from him in the gas station parking lot. A couple had picked up the pup and walked over to the man when they heard him calling for her.

Thanks to concerned witnesses, the violent incident was reported to the authorities, who were able to take statements and review surveillance video.

Crane admitted to the authorities that he was the man in the surveillance video, but he somehow forgot that he had punched his puppy and dragged her away. The man was arrested and released after posting pond – he has been ordered to stay away from animals. The puppy, dubbed “Begonia,” was seized and taken to Lifeline at DeKalb County Animal Services reported Fox 5 News – she will be made available for adoption.

Last call for young dog in Manhattan – read how you can help here. 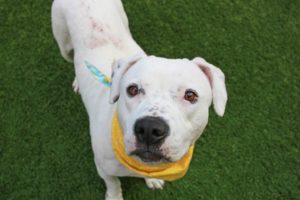 Owners, ‘don’t be alarmed’ about dog on the roof