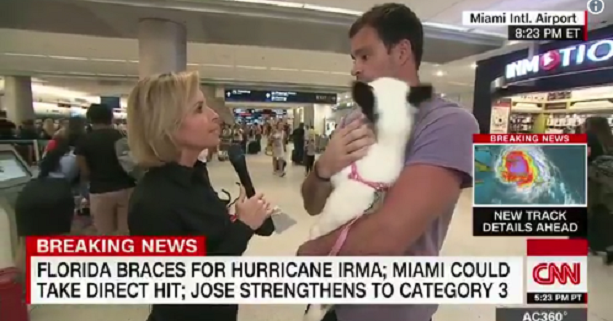 A Florida man who hoped to get out of the destructive path of Hurricane Irma went to the airport with his beloved dog, hoping to catch a flight to anywhere outside of the danger zone. According to the Huffington Post, because the dog was not in a carrier, the man was turned away.

Matt Varga, owner of “Meeka,” had tried to find a pet carrier, but every store that he visited (10!!) was sold out. In a Facebook post, Varga’s sister blasted the airline for their apparent lack of compassion in a time of crisis:

American Airlines My brother Matt Varga had a ticket to evacuate Irma and was denied boarding because he didn’t have a standard pet carrier. Glad that American Airlines has a heart for people (and their precious puppies) in Miami.

Unlike Cynthia Anderson, the Florida woman who drowned her puppy in an airport toilet after an airline refused to let her board the plane with him, Varga decided to stick with his pet and go home to ride out the storm.

Best of luck Matt and Meeka!! 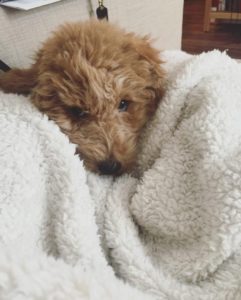 Was your personal information accessed by hackers? What you need to know here.