You are here: Home1 / News2 / animal cruelty3 / Admitted puppy abuser will be spending time behind bars 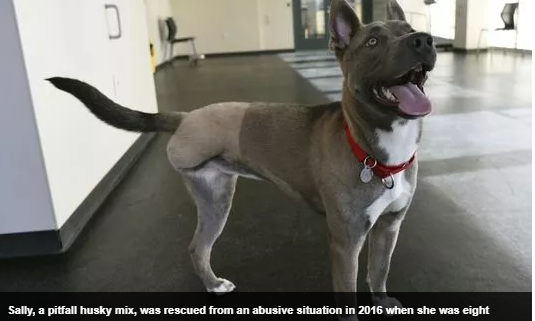 A puppy abuser, who admitted to his cruel transgression, will be spending time behind bars. According to ABC 7 News,  25-year-old Roberto Martinez pleaded guilty to charges stemming from the beating of a puppy named “Sally,” who was so grievously injured that she lost a leg.

On Friday, Martinez pleaded guilty to a felony charge of aggravated animal cruelty for the September 2016 incident which wounded Sally, who was eight-months-old at the time. The puppy was badly hurt when Martinez lifted her high off of the ground and then slammed her to the floor.

Sally’s owner, Martinez’s girlfriend, had tried to claim that the pup fell down some stairs, but veterinarians found evidence that the abuse had been happening for some time. The pup has since recuperated from her injuries and she is now living in a new home.

Martinez will be sentenced for his crime in mid-November…in addition to being banned from owning an animal for a period of five years, Martinez will have to register as an animal abuser and spend one year in jail.