A 64-year-old woman, who admitted to engaging in sex with dogs at bizarre parties, was facing charges for the acts of bestiality, but she was spared time in jail because of the excuse that she gave to officials. According to the Daily Mail, Carol Bowditch admitted that she had sex with multiple dogs, but she did not have to spend time behind bars because she explained that she was unaware that bestiality is illegal in England.

Bowditch admitted to engaging in sex with a Labrador retriever, St. Bernard and a German shepherd – and acknowledged that she had been a willing participant at parties which involved participants watching their dogs have sex with women. The twisted gatherings began with the women having sex with the pets, and then with the dogs’ owners.

‘Included was an eight minute and 59 seconds video of Mrs Bowditch engaging in vaginal and oral sex with a St Bernard dog named Oscar. ‘When the defendant was interviewed she admitted she had penetrative sex with dogs. ‘She accepted it had taken place over several years. She was unaware it was illegal.’

Bowditch’s explanation and her lack of other criminal histories prompted the judge to set her free – citing her public humiliation as punishment enough. The woman could have spent up to two years in jail if she had been found guilty and sentenced. 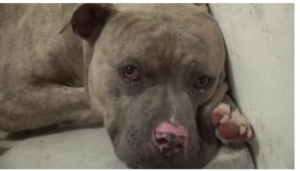 Desperate woman found burned German shepherd and had nowhere to turn for he...
Scroll to top