Update 3/8/17: It was initially reported that 18 dogs were found at the residence – that number has been changed to 21. There are unconfirmed reports that the dogs were all pit bulls and that they were being held inside of crates.

The stench of something dead led the authorities to a home in Hampton, Virginia, on Monday morning. According to WJLA News, inside of the otherwise vacant house were the bodies of 18 dead dogs…and one dog who was still alive.

Neighbors in the area have told news outlets that they were unaware that anyone was residing at the house and they assumed that the structure was empty; records indicate that the last homeowner died back in the mid-1980s.

13 News Now reported that someone saw a man doing yard work at the house not long ago – but everyone seems to be baffled by the gruesome discovery behind the house’s closed doors. The local animal control agency has started an investigation into the sad situation.

12 year old dog, who was “lost” in the desert, in need of help after being rejected by her owners – read more here. 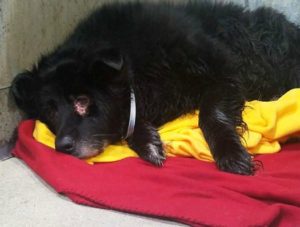 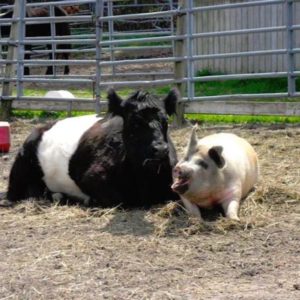 Poachers break into Paris zoo, shoot rhino and saw off its horn
Scroll to top