Arturo, who tragically earned the title of the “world’s saddest polar bear” by an animal rights group, died in an enclosure at Argentina’s Mendoza Zoo last week. Arturo was 31-years-old and lived in an environment too hot for polar bears. 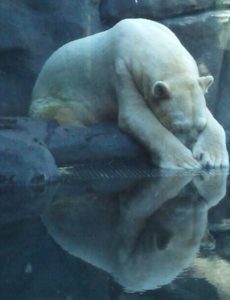 Born in the United States and moved to Argentina when he was eight-years-old, for years animal activists, celebrities and politicians have tried to have him moved to a zoo in Winnipeg, Canada; certainly a more desirable climate for a polar bear.  Former United States House Speaker Newt Gingrich, highlighted Arturo’s case on his Facebook page stating:

“If you love animals the way I do, please sign the petition to help the Argentinian polar bear, Arturo.”

According to the Daily Mail, in 2012, another animal died of heatstroke in the Buenos Aires Zoo; Arturo’s partner, Pelusa, died of cancer four years ago. Since then Arturo had lived alone, and his depression had been  the topic of numerous petitions. 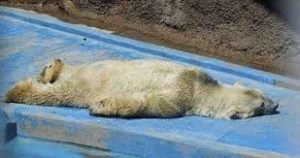 Heartbreaking posts on social media mourned the polar bear’s death and lamented that all of the efforts to relocate him to Canada where he would have been more comfortable were fruitless. Unfortunately in 2014, the Mendoza  Zoo Director, Gustavo Pronotto rejected the idea, stating that Arturo was too bonded to his caretakers and his advanced age was another determining factor.

“Arturo is close to his caretakers. We just want everyone to stop bothering the bear,” Pronotto stated at the time.

As to the signs of stress experts observed in the bear, Pronotto dismissed reports as aged related behaviors in Arturo, even though visitors had watched the polar bear pace back and forth in his enclosure as well as seeming to be stressed in his breathing during the high temperatures easily known to exceed 104 degrees. All he had was a shallow pool – not even two feet to keep him cool or to be able to swim like a polar bear.

Had Arturo been sent to the Assiniboine Zoo in Winnipeg, Arturo would have had a ten-acre facility in as natural an environment as possible for polar bears. The zoo’s Journey to Churchill exhibit, built at a cost of $84 million, focuses on education and conservation where polar bears live with room to roam in a more natural setting. And, when temperatures in Winnipeg get too hot for the arctic creatures, the zoo’s bears have access to a deep, rocky pool. 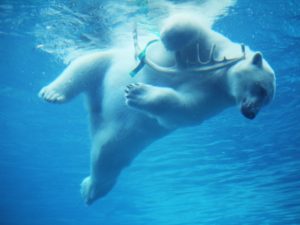 When word spread about Arturo’s death, social media reactions numbered in the thousands, and Twitter users openly expressed their anger and sadness with such heartbreaking tweets as follows using the hashtag #RIPArturo:

“Arturo is finally free. But at what cost? Shame  on you Argentina. You should have done more.”

“I have no words left bcos of the pain in my heart. Hope U R free now and no more hurting in this awful world.”

“We live in a world where the only way a lonely depressed, captive polar bear can become free is to die.” 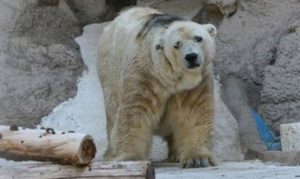 Last month the zoo closed to visitors after 64 animals died between December and May. Officials cited outbreaks of bacteria and overcrowding of animals as the cause. Reports since from city hall, stated  the zoo would be transitioned into a nature reserve so the animals could live in more suitable conservation sites, reports the Telegraph.

“We hope that he will be the last polar bear to be held in a zoo in our country,” stated Soledad Sede, Greenpeace spokeswoman.