You are here: Home1 / News2 / Dogs3 / Woman claims dog was killed by another dog on Santa photo outing at st... 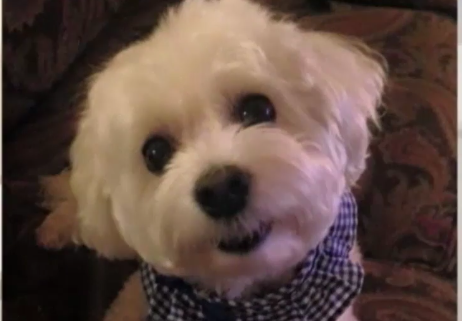 A woman in Normal, Illinois, claims that her dog died after being attacked by another dog during her trek to a pet store where she was going to have Santa photos taken. According to WILX News, the heartbreaking situation happened on Saturday inside of a Petco store.

Blair Bourret, owner of the eight-year-old Maltipoo, “Chloe,” who died, claims that an unrestrained yellow Labrador retriever attacked her dog. Bourret described what took place, “The dog came over and got on top of Chloe. It growled and lunged on her. Then all of sudden we had to untangle her.”

Though Chloe was rushed to a veterinarian, she died from a snapped neck. The authorities are investigating the situation because witnesses claim that the Labrador retriever never actually came in contact with the small dog – there is speculation that Chloe’s neck could have snapped after her leash was jerked away from the larger dog. A full necropsy of Chloe’s body will be performed.

Petco has stated that the larger dog should have been leashed – unrestrained dogs inside of the store is a violation of store policy; the owner of the larger dog could face repercussions for having the dog off-leash. Petco has offered to pay for the deceased dog’s “final expenses.”