In Greenville, North Carolina, authorities made a grizzly discovery after a witness reported a dead puppy in the backyard of a South Washington Street home, reports WnctNews. 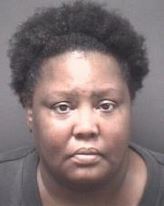 On July 27, officers initially found the decomposing body of one puppy and an emaciated mother dog. As they entered  the backyard there were three more dead puppies. The owner of the dogs could not be found at the time.  In a press release on Monday, the Greenville Police Department stated the owner of the dogs, Cynthia Eatte Tyson, 45, was charged with five felony counts of animal cruelty and one misdemeanor animal cruelty on August 17.

The mother dog and the only surviving puppy were extremely undernourished and described by Animal Control personnel as having no “discernible body fat, abdominal tuck and hour glass shape and all bony prominences evident from a distance.” The mother dog and her puppy had not been fed in an extended period of time.

“This was an urgent situation that justified an assertive response to protect the surviving animals. The surviving dogs were removed and taken to a veterinarian for emergency treatment. Both were heavily infested with hookworms, and the puppy succumbed to the infestation and did not make it through the night,” stated the press release. 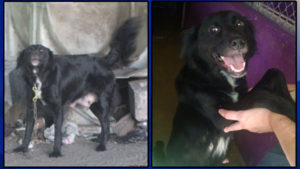 Tyson was arrested and booked into the Pitt County Detention Center under an $11,000 secured bond.