You are here: Home1 / News2 / animal cruelty3 / Woman arrested after her dog falls off of building roof and dies 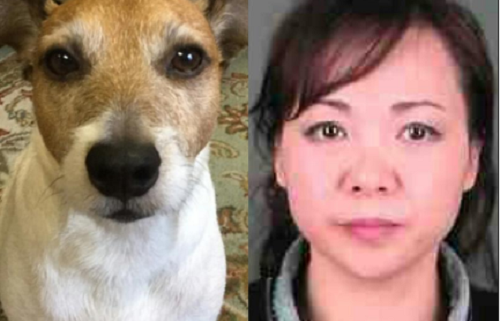 On Thursday, an Albany, New York, woman was arrested after her dog either fell, or jumped, from a the roof of her apartment building and died. According to News Channel 13, the horrific incident took place on November 7 when 47-year-old Bin Cheng failed to latch a gate leading to the roof of the four-story Columbia Street building.

The dog, a Jack Russell terrier named “Buddy,” typically used the rooftop to relieve himself – but his owners have stated that he was only allowed in the roof area with supervision. According to News 10, Cheng had been warned “multiple times” in the past to keep her dog off of the building’s roof.

The incident which claimed Buddy’s life has resulted in Cheng facing a misdemeanor animal cruelty charge. Cheng’s husband, Bob Port, is upset that his wife is facing a cruelty charge, insisting that it was simply an accident. He also worries that the charge could impact his wife’s efforts to get her United States citizenship (she is from China).