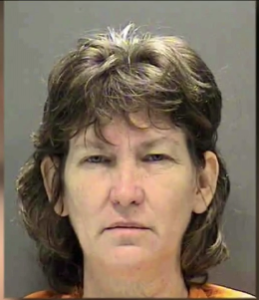 A Florida woman, who admitted to strangling a small dog to death, has been found dead in her jail cell. According to WFLA News, 56-year-old Judy Lamb, of Nokomis, was found unresponsive in her Sarasota County jail cell on Tuesday evening.

Lamb, and two other people, were arrested on July 4 for the June 27 incident North River Road which claimed the life of a 7-pound Pomeranian named “Georgie.” According to WINK News, Mona Gehman and Eddie Roden were also arrested in the animal cruelty case.

A necropsy was performed on the dog’s body – it was determined that Georgie had died from blunt-force trauma to the head and abdomen. Lamb told the authorities that she had tried to “unsuccessfully” strangle the small dog – Gehman stated that she “stepped in” to finish killing Georgie.