You are here: Home1 / News2 / Dogs3 / dog abuse4 / Woman abandoned her dog leaving him to starve for more than 2 months
Spread the love
Tweet

In a disturbing and heartbreaking case of animal neglect and cruelty, the owner of an eight-year-old dog appeared before a judge on Tuesday morning in Palm Beach County, Florida; accused of abandoning her dog in a hotel room for more than two months, reports WpbfNews. 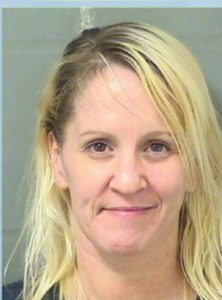 Kathryn Portman faces two charges of cruelty to animals. Officials from Animal Care and Control stated when Portman was kicked out of the Sands Hotel on Singer Island for not paying rent, she left pit bull named Bruno behind.  When finally discovered by the property manager, the skeletal dog was found lying in a pile of dirty diapers and old food. Captain David Walesky stated Bruno was 30 pounds underweight, suffered from an ear infection and mange. Despite the best efforts of Paws 2 Help to save Bruno’s life, he was just too weak to survive.

Authorities state this isn’t the first time Portman has mistreated a dog, however the previous incident did not lead to any cruelty charges.

“This is about as bad as it can get with an animal basically being starved to death. This was an animal that was just skin and bones and your heart really goes out to animals like that, ” stated Walesky.

Let’s hope Bruno and other dogs just like him can find some justice.

Terrified dog bounces in pain off deck after owner slams pet by scruff of n... Police investigating Chihuahua puppy shot in face with an arrow
Scroll to top