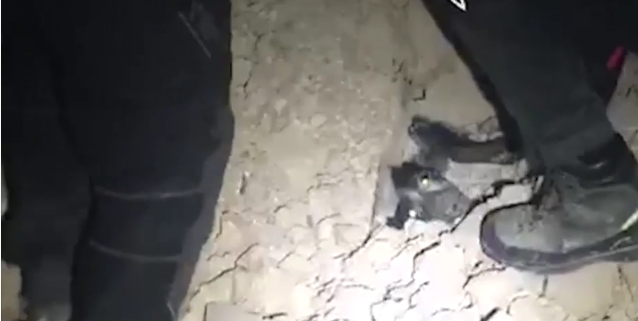 Video captured the moment that a dog is rescued from the rubble 24 hours after a major earthquake crumbled buildings in Norcia, Italy. The 6.6-magnitude quake was the one of the most powerful quakes to shake Italy in decades.

After finding the trapped dog, rescuers carefully moved away rubble from the devastated building to safely free the dog. After the dog was free, he was offered water and appeared to be unharmed.

The massive quake which rattled the area on Sunday left 15,000 people without homes. According to CNN News, though the quake flattened many villages, amazingly, no deaths have been reported.