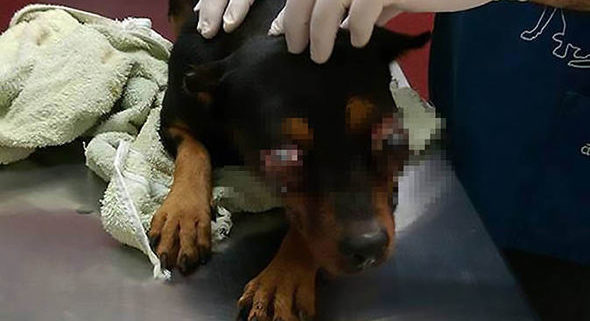 Mexican authorities in the Colony Plan de Ayala Sur, in the city of Merida, located in the southeastern Mexican  state of the Yucatan are investigating a horrific case of animal cruelty after several men attacked a stray dog, held her down and gouged out her eyes with their fingers, reports The Sun.

An animal activist, Connie Sosa posted the disturbing photos online after the female dog dubbed Boxy had been rescued. She was rushed to a veterinarian for treatment, with hopes that Boxy’s eyes could be reinserted, however her condition was assessed as having been too serious and the decision was made to humanely euthanize the dog. 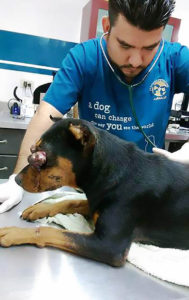 Boxy had been abandoned by her previous owner and left to roam the streets. Acts of violence against stray animals continue to increase.

Authorities have confirmed, the Animal Protection Unit of the local police, they have initiated an investigation in the egregious cruelty. According to Ernesto Maurin Guerrero, of the Animalist Citizens Movement, the only way to ever stop this type of horrendous cruelty is to increase the punishments for those found guilty of such horrible deeds.

52 dogs at Ohio animal control put down
Scroll to top