You are here: Home1 / News2 / Dogs3 / Update on lost dog who was turned loose in park 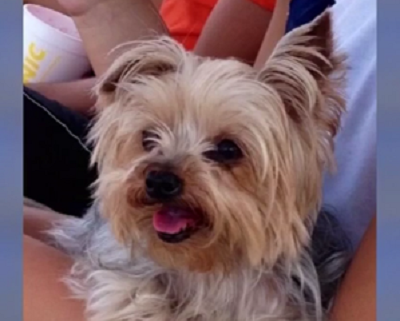 There is good news involving a lost dog who was picked up last week by a good Samaritan in Stafford, Texas, and then released into an area park. The rather strange tale, which involved an employee at the Stafford Oaks Veterinary Hospital handing the dog, named “Libby” off to a friend, who later released the dog in the Lost Creek Park area, has a happy ending.

According to ABC 13 News, the Yorkshire terrier was picked up by another family who saw the story on the local news and realized that the little stray found in the park had an owner. Libby’s owner, Theresa Tiemann, told ABC 13 News, “He paused it and held her up to the screen of the picture and always yeah this is her.”

Libby has been reunited with her owner and thanks to the veterinary clinic, she will now have a microchip implanted in case she managed to slip out of her house again in the future.

Read more details about this strange lost dog story at this link.