You are here: Home1 / News2 / animal cruelty3 / Update on emaciated shepherd wrapped in tarp and thrown away 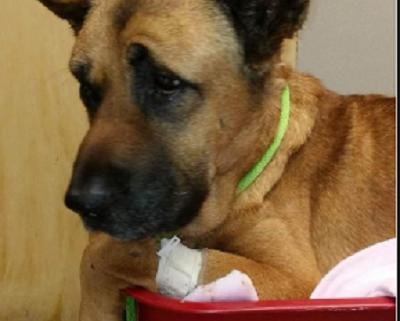 On November 2, the Super Paws Rescue Inc. organization posted an update about an emaciated shepherd mix who had been wrapped in a tarp and thrown away in New Haven, Connecticut, in late October. The elderly shepherd, dubbed “Frank,” was allegedly left outside to die by his family after he was crippled by arthritis and left unable to walk.

After being rescued and taken to a veterinarian, it was discovered that the senior dog was suffering from lymphoma. The rescue group wrote about Frank’s progress following the start of treatment:

Frank has an enlarged prostate which is hindering his ability to urinate – his rescuers explained what the veterinarians believe is going on, “They feel it is from one not being neutered, and also some of the meds they use with the chemo. At this point they are draining his bladder twice a day with a catheter.” 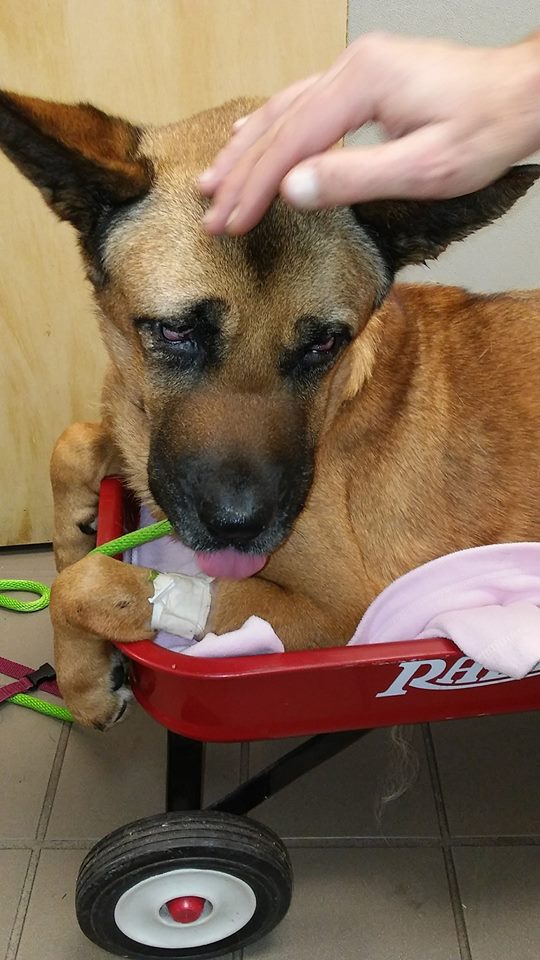 Frank is no longer completely immobile – according to the rescue organization, he is now able to walk on his own. Read more about Frank and efforts to help him recover, at this link to his online fundraiser. Follow his rescuers on Facebook here.