You are here: Home1 / News2 / animal cruelty3 / Tethered horse struck by vehicle and dragged to its death 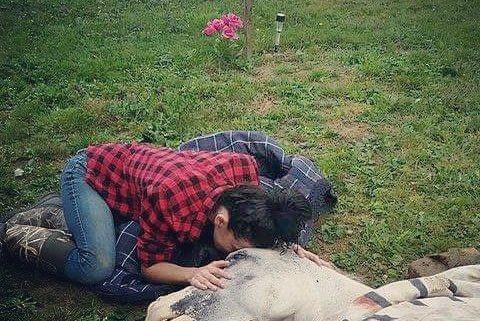 In Canaan, Maine, authorities continue to search for a hit and run driver of the vehicle alleged to have struck a horse and dragged her to her death on Wednesday morning along Hubbard Road, reports the CentralMaine.com.

According to the horse’s owner, Sierra Miner, 21, her four-year-old Appaloosa mare named Lucy had been grazing along her driveway while tethered to two cinder blocks when  a vehicle apparently swerved onto her property hitting Lucy from behind. From there the injured horse was dragged struggling and bleeding down Route 23 for at least a quarter of a mile. The driver of the vehicle never stopped, and authorities are looking for a tan or gold pickup truck spotted by a neighbor on the road the same time Lucy was struck. There were no witnesses to the accident, but the vehicle will likely have front end damage. 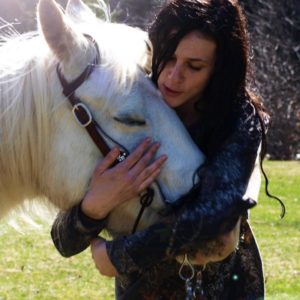 Miner received the horse as a gift about a year ago. She had tied the horse to cinder blocks at the end of her driveway while she took a shower, and just moments later her phone had been “blowing up” with calls telling her her horse was dead and lying on Route 23.

Lucy weighed 1,000 pounds and stood just over 15 hands. Maine State Police Trooper Jill Monahan said that the matter remains under investigation. A reward has been offered for information leading to the arrest of the person responsible. Department of Public Safety spokesman Steve McCausland said there was no new information Friday, however according to a news report from Wgme13,  State Police had stated, based on the tracks in the road and the bloody trail after the Lucy was hit, they think she was so frightened, she may have run off.  Her body was found on the road – the rope, halter and part of a concrete block still attached. Miner doesn’t agree with that at all.

“I really think it might have been an accident at first. It looks like they swerved into my front yard, and the blocks got caught somehow. You could see how my horse tried to get away. She dug her back hooves trying to fight. I know that she was dragged,” stated Sierra.

And with a broken heart, Sierra described how Lucy must have suffered.

“They just kept going, There were no braking marks. It was just go – go, go, go. I call it torture because not only did they hit her; she struggled, she fought… They hit her, and she got caught and they dragged her. She fought so hard, her back hooves split. They were almost gone…”

Anyone with information is asked to call the state police in Augusta at 624.7076. Help Lucy find justice.

51 days in shelter and Sapphire still has no home