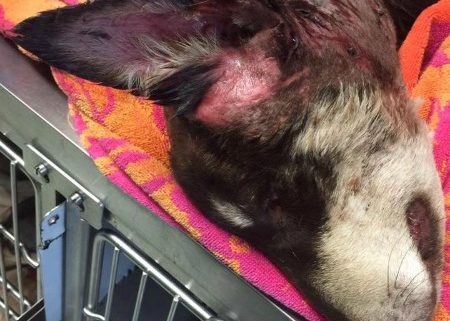 Animal advocates tried their best to save the life of a nine-month-old puppy in Davidson County, North Carolina this week after she was attacked by three dogs while tethered outside of her home and unable to escape. 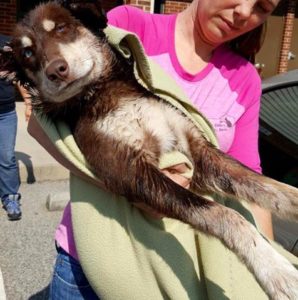 According to Spirit Canine Rescue, the beautiful although extremely skinny and flea infested Elsa, had been picked up by Animal Control, but had been reclaimed by her owner on September 2nd. Just five days later, however, Elsa was once again surrendered to the Davidson County Shelter by the same owner; this time gravely injured. Young Elsa had been left to languish in pain for  at least three days – her flesh rotting as her deeply infected wounds had been ravaged by maggots. She had been attacked by three dogs – Elsa reportedly had not been the aggressor. 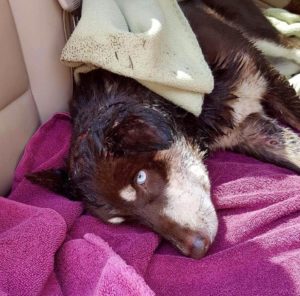 When informed of the situation, Spirit Canine Rescue raised funds for the dog’s medical emergency, procured a foster home; and Elsa was immediately transferred to Tysor Veterinary Clinic in Siler City, where staff worked for several hours to save the puppy’s life.

“Last night, Wednesday September 7, ELSA was sedated and kept overnight at the vet. She has very deep and serious wounds to her head, face and leg. The wounds were filthy, matted, infected and teeming with maggots. Dr. Tysor’s staff irrigated and cleaned them for several hours and still need to work on 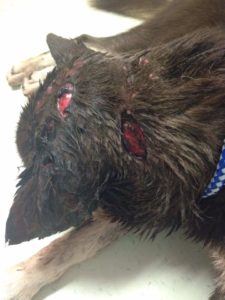 them. ELSA may require surgery,” came the dog’s first update on Facebook.

Tragically, on Thursday morning Elsa died; her heart gave out. The heartbreaking news on Facebook alerted the many advocates who had already been following Elsa’s plight and hoping she would survive:

“ELSA PASSED THIS MORNING. We are heartbroken. Elsa died this morning at 9:00 am. We got the call from Dr. Tysor. Her poor heart gave out. She will be cremated and the ashes returned to Spirit Canine Rescue. She mattered and she will not be forgotten. RIP sweet girl; you never deserved the pain and suffering you endured.” 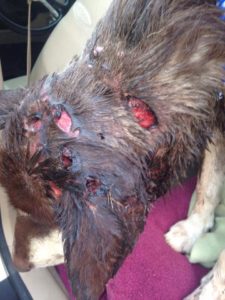 A petition to the Davidson County Commission can be found here to pass legislation against tethering – a law residents have been asking the commission to address.

It is not known if Elsa’s owners will be charged with animal cruelty, nor has any information been released about the dogs who attacked the puppy.  Surely, someone should be held responsible for the death of Elsa.

New York man accused of killing dog with an axe