In Harris County, Texas, a woman’s surveillance camera filmed a man getting out of his minivan, remove a puppy from the vehicle and leave it on the side of the road as he then quickly drove away, reports Click2HoustonNews. 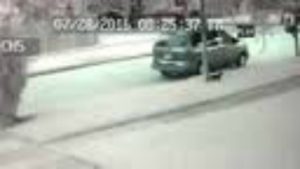 Susana Salazar had spotted the vehicle outside of her home located on Trail Valley. She wasn’t quite sure why the man had stopped, but she had an uneasy feeling. And then when she checked her home video camera, her heart broke into a thousand tiny pieces. There she was – an eight-week-old Great Dane mix puppy running up and down the street not knowing where to go or what happened to her home. That’s when Susana scooped up the pooch to make sure she was safe.

“I noticed the individual getting out of his vehicle, putting the dog out and leaving it. I noticed the puppy was just looking around, looking for him and walking across the street. She was just full of life, very happy and had a blast playing with my dogs inside,” stated Susana. 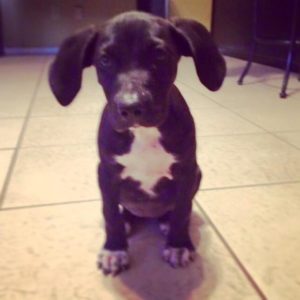 As so often happens, a “village” came out to help Susana and the adorable little pup. Veterans Memorial Animal Hospital cared for the puppy at no charge, and Lola’s Luck Day rescue has come to her aid. Next week, Lola heads off to Wisconsin with a group of other lucky pooches getting ready to be adopted.

The man could have taken the puppy to a shelter – what a tragedy it could have been if Susana hadn’t been there at the right time and the right place. Whoever you are – abandoning a dog is animal cruelty, and there is no excuse for your behavior.

Dogs left inside of car ‘drive’ vehicle into Walmart Who hurt ‘Jasper’? Police nab burglar for stealing and stabbing...
Scroll to top