You are here: Home1 / News2 / Dogs3 / dog abuse4 / Starving dog smashes window and jumps out of trailer to save his life 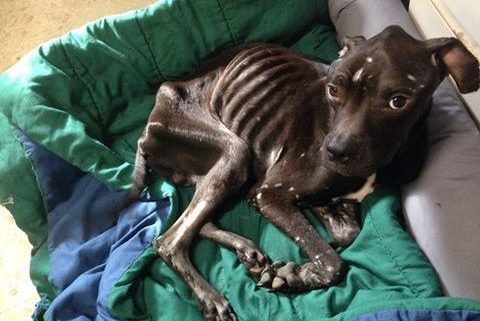 In Whitesville, New York, a six-year-old starving dog on the brink of death, heard neighbors talking and smashed a window to jump out of an old trailer in order to save his life and the life of his offspring, reports the Evening Tribune. 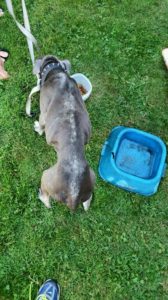 On September 11, neighbors came running when they saw the blue-nose pit bull named Ace jump from the window. The men climbed into the trailer to find the dog’s four-year-old son, named Mooch lying lifeless. The dog, so close to death couldn’t even pick up his head; what the rescuers saw was heartbreaking. No food had been given to the dogs although two cans of dog food were present. A part of  one dog’s tooth was found on the can as he must have tried to get to the food. The bathtub was half-filled with water; someone had been at the trailer to sweep up, but the dogs were just left to starve.

SPCA investigators have charged Eugenio N. Charles III, 28, for felony aggravated cruelty to animals, two counts of misdemeanor overdriving, torturing and injuring animals and failure to provide proper sustenance. According to authorities, Charles left the dogs in the trailer located on the side of his residence “to die” in their own urine and feces.

The Good Samaritans called authorities as soon as they administered some help to the dogs. SPCA President Lynda Pruski and SPCA Investigator Jessica Middaugh arrived at the residence located at 732 Main Street stating Mooch had been the most severely emaciated living dog she had ever seen.

The dogs were both rushed to the Wellsville Veterinarian  where Dr. Thomas Lopez evaluated Mooch as having a body score of 0.5 on a scale to 10 for size and weight; he weighed 26.7 pounds and should have weighed at least 60.

“His eyes, he was looking around like, ‘Somebody help me.’ It was so awful; It was, like, the worst thing we’ve ever seen. When he was trying to (stand up), his shoulders would just pop right out of the sockets, and he’d fall right over. There was nothing holding him together,” described Lynda. 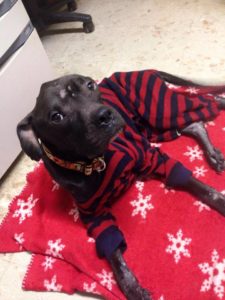 Miraculously, both dogs are recovering and are said to be very friendly and extremely affectionate. They are currently in the care of the SPCA Serving Allegany County and must be kept at the shelter until a judge decides their fate. Readers can follow their recovery on the organization’s Facebook page.

As for their owner, Charles III, he told authorities he wanted to take the dogs to the SPCA, but had been in jail recently and although he had been in Pennsylvania recently looking for work, he had neglected his dogs. He is scheduled to appear in court on Wednesday. 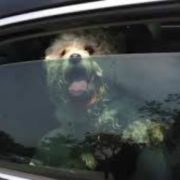 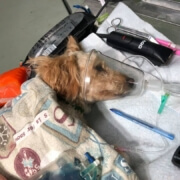 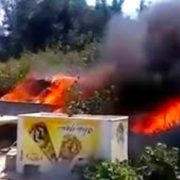 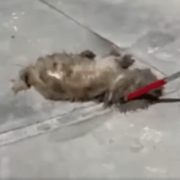 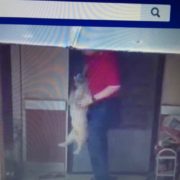 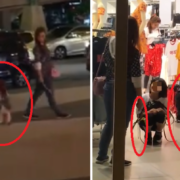 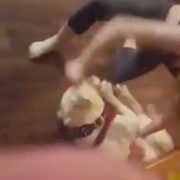