You are here: Home1 / News2 / Dogs3 / UPDATE: Starved and abused emaciated Mastiff fights for his life
Spread the love
Tweet 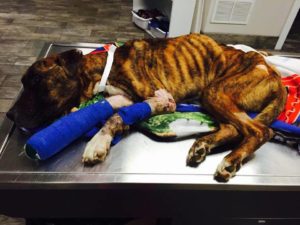 UPDATE: At 7:09 p.m. on Thursday, Rescue Dogs Rock NYC sadly announced to their Facebook followers that Guinness passed away. Rest in peace sweet dog. You will be missed.

“He refused to eat & his gums became pale. He’s obviously critical at 29lbs but he had been stable until this afternoon, terrible shape but vitals were stable.

Dogs in this horrific of condition can turn on a dime, so we cannot say he will survive, but we can say that everything that can be done to save him is being done!” 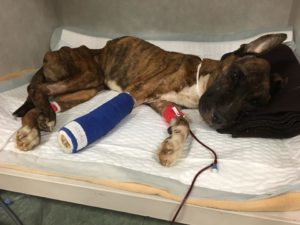 On a busy July 4th weekend, an emaciated Mastiff was discovered lying in the dirt on the side of a house in Baltimore; the young dog had barely been hanging onto life by a thread. Picked up by the Baltimore Animal Rescue & Care Shelter (BARCS), the pooch dubbed Guinness, was rushed to a partner emergency veterinarian when Rescue Dogs Rock NYC received the plea to help.

Weighing only 29 pounds, and for a dog of this breed, bone structure and overall size, he should be at least 80 pounds, and is not only emaciated, but anemic, dehydrated, covered in sores and has a broken leg. According to the organization’s co-founder, Jackie O’Sullivan, Rescue Dogs Rock NYC are doing everything they can to save his life:

“There is no way he could survive surgery so the leg is splinted until it can be addressed. Guinness is in critical condition and fighting for his precious life. He’s in as bad of shape as any dog we have ever taken. He’s been starved and abused for a very long time. He did not deserve this.” 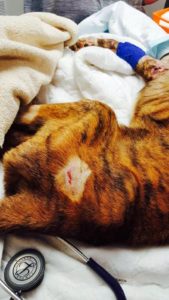 Guinness remains in critical condition, however he continues to fight for his life. 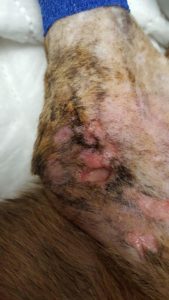 At this time, Guinness is too weak to move and can barely lift his head, yet reports from the veterinarian hospital state the sweet dog already trusts the medical staff who are helping him as the helpless dog looks up at them with “grateful” eyes. 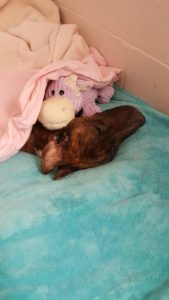 “We love him already … this is going to be a battle, but we are prepared,” stated Jackie. “We do need the help of the rescue community with this boy’s fight. We need good to triumph over evil.”

A Facebook page for Guinness can be found here as well as two short videos showing his first movements and as he eagerly seems to love being hand fed by the staff. 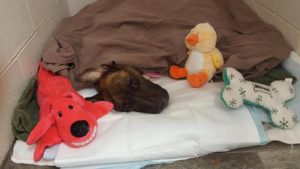 To help with Guinness, donations can be made via Paypal to: Donate@rescuedgosrocknyc.org or click here. Checks can be sent to RDR NYC at P.O. Box 101, NY, NY 10028.

‘Charm’: Beauty in the eyes of the beholder Editorial: Make provisions for your pets
Scroll to top