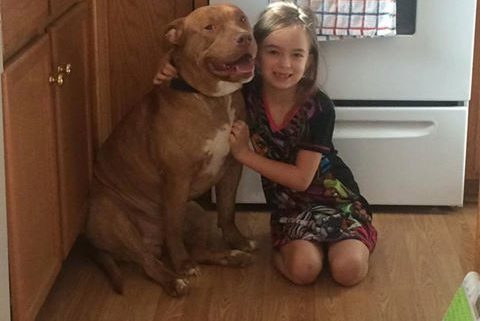 In a short period of time, a dog who is accused of killing a cat (two years ago, after he got loose from his home) will be put down by staff at the Charlottesville-Albemarle SPCA. The dog, a five-year-old Staffordshire terrier named “Niko,” allegedly killed the cat, but nobody actually saw him commit the deadly deed.

In a last ditch attempt to save Niko’s life, the non-profit agency, Against All Oddz Animal Alliance, Inc., is working to strike a deal that will spare the accused dog’s life. The agency released a statement on December 15, which reads in part:

Against All Oddz Animal Alliance Inc., based out of Buffalo, New York, is attempting to broker an agreement to help save the life of a death row dog out of Albemarle County, Virginia. Against All Oddz Animal Alliance (AAOAA), is a unique organization in that it is directed by several members of the Western New York legal community, who themselves are also zealous advocates for animals. By integrating elements of law and rescue, they specialize in dealing with dogs enveloped in the legal system.

Niko belongs to Toni Stacy, who lost custody of her dog shortly after he allegedly killed a cat. Stacy does not believe that her dog is responsible for the cat’s death, but an Albemarle County judge sentenced him to death anyway, reported CBS 19 News. Stacy has been told that her dog will be euthanized this Sunday…and she claims that she will not be allowed to be with him during his final moments.

The non-profit animal welfare agency is hoping to legally adopt Niko – a spare him an untimely demise. The agency wrote:

AAOAA has sent correspondences which were received via certified mail by Commonwealth Attorney Robert Tracci Esq. and Circuit Judge Cheryl Higgins offering to take Niko, and explaining their success in dealing with animals who have bitten in the past.

While they have not received permission to adopt Niko as of yet, and while Niko’s owner, Toni Stacy, was allegedly told by Animal Control that Niko will be killed next week, AAOAA founder Matthew Albert Esq. is still hopeful that “reasonable and humane minds prevail and that Niko is given the second chance at life he deserves.”

Read the CASPCA (which has had custody of Niko for the past 2 years) response to this unfortunate situation here.

Cat frozen in ice saved from beneath a train