You are here: Home1 / News2 / animal cruelty3 / Sickos admit to blowing up a turtle by taping firecrackers to its shel...
Spread the love
Tweet

In Lancaster, Pennsylvania, two men and a teen face have admitted to killing a turtle by taping firecrackers to its shell, lighting a fuse and standing around watching the animal suffer and die, reports Cw33News. 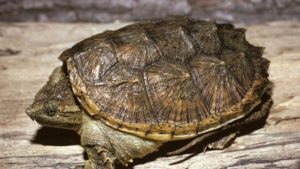 According to authorities, the heinous crime occurred on August 7 in Penn Township. That’s when police responded to three reported explosions and found a small crater and what appeared to be bone fragments, body tissue and the remains of a large turtle.

Arrested were Taylor James Geib, 21, Austin Matthew Garner, 21, and a 17-year-old boy not named because of his age. The three have been charged with Criminal Conspiracy for using prohibited weapons. The men allegedly admitted to police they duct taped two illegal M-80 firecrackers to the turtle’s shell.

The men are not being charged with animal cruelty because Pennsylvania laws only relate to domesticated animals, and since turtles are not considered domesticated animals, this poor creature will never get any justice. The Fish and Boat Commission is now investigating and could impose charges  of fishing without a license and the illegal use of explosives.

Forgotten Friend Reptile Sanctuary’s owner Jesse Rothacker was in disbelief that anyone could do such an evil deed.

“When you strap explosives to an animal and blow them up, that’s just something that we should not accept in our society,” Rothacker told Cw33News.

Although most people may not associate a common snapping turtle in the wild as cuddly and adorable, there is no reason to inflict any cruelty on them. A Change.org petition has been created garnering support to charge the men with animal cruelty.

Rest in peace poor turtle. How you must have suffered while these poor excuses of humanity stood around and laughed.