In an unnamed Texas “makeshift” shelter – the likes of which few rescuers have ever encountered, a young black Labrador retriever curled up into the corner of the cage on the hard concrete floor as she shivered in pain and fright. 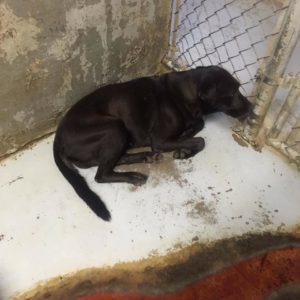 Sadly, Luna had been picked up by Animal Control and brought to the shelter – her chances of ever feeling the grass under her paws or seeing the sunshine were almost non-existent since the shelter does not adopt out to the public.

“This shelter is one of the most “bare bones” we have ever encountered,” stated Stacey Silverstein, co-founder of Rescue Dogs Rock NYC, the organization who stepped up to rescue Luna. “We cannot tell you the name of the shelter or its exact location for fear that they will not allow our volunteers to help the animals.” 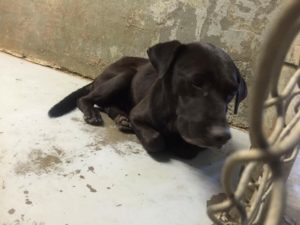 And that’s how Luna’s plight became known – a volunteer spotted  the dog severely injured, writhing in pain and unable to use her back legs. The woman was so distraught, she refused to leave Luna in that situation; even if it meant the next step was to humanely euthanize the dog. Rescue Dogs Rock NYC agreed to help because Luna would have had no other option. The dog has since been transported to the organization’s partner veterinary hospital in Texas where Luna will undergo a series of tests and radiographs to determine the cause of her back leg lameness. 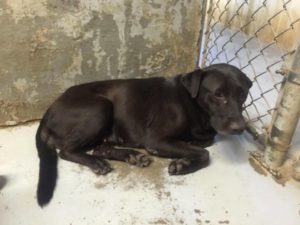 Welcome to your new life Luna where you will never again suffer.

Too afraid to move, young Lab at shelter ‘likely to be killed for fea...
Scroll to top