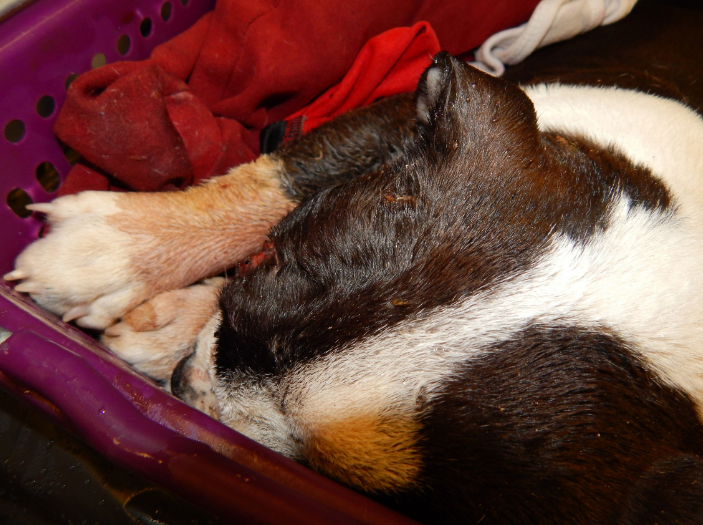 An injured puppy, with severe head trauma, was discovered in a purple basket, near a canal in Phoenix, Arizona on August 23. According to Saturday’s AZ Family News, though the injured puppy was picked up by Maricopa Animal Care and Control and provided with emergency veterinary care, the injuries proved to be too significant for the pup to be saved.

The animal cruelty case is being investigated by the non-profit organization, Silent Witness. Silent Witness Sgt. Jamie Rothschild commented on the cruel situation, “The worst part is that we are told if he had actually gotten treatment he probably would have survived.”

Investigators are hoping to receiving a case-breaking tip to help solve this crime. Anyone with information is asked to reach out to Silent Witness at 480-WITNESS or 480-TESTIGO.