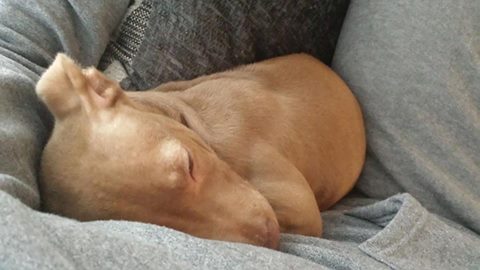 The “SaveHank” hashtag is growing in popularity on Twitter – the #SaveHank hashtag refers to a family’s dog who was seized on July 14 in Belfast, Ireland. According to a Change.org petition created to help save Hank, a total of eight police officers and four dog wardens arrived to Hank’s owners’ home to seize the dog – the reason? He looks like a pit bull, which is considered to be a banned “breed.”

Hank’s owners,  Joanne Meadows and Leonard Collins, believe that their dog is a Labrador retriever/English Staffordshire cross and in order to save their beloved companion, they are being forced to fight for his life in court.

Meadows and Collins are not the only people fighting for Hank’s life – celebrity dog trainer/behaviorist Victoria Stilwell has also expressed her anger over the seizure of Hank, and she has vowed to fly to Belfast to fight on his behalf if necessary, reported the Belfast Telegraph. Dermot O’Leary, a British broadcaster, has also taken to Twitter to fight for Hank. O’Leary recently Tweeted, “Hi all, have a read and sign please. X Belfast City Council: Save Hank @belfastcc – Sign the Petition!” 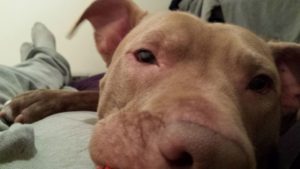 To date, over 270,000 people have signed the petition to spare Hank’s life. Signatures and high profile celebrity support may not be enough to save Hank’s life however. In 2012, Lennox,another seized “pit bull type” of dog, was killed because of the breed-specific legislation which is in place in Belfast – the battle to save Lennox’s life went on for two years and Lennox had widespread support from around the world. 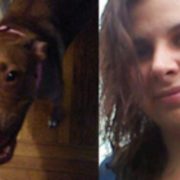 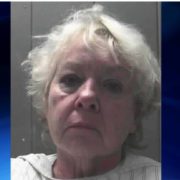 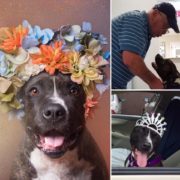 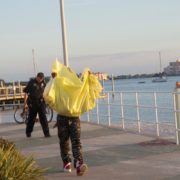 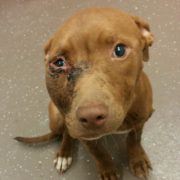