You are here: Home1 / News2 / News3 / Sanctuary for animals struck in war-torn Aleppo

A sanctuary, home to animals who have been abandoned in war-torn Aleppo, was struck on November 15 and several of the animals residing at the shelter perished. A video, posted on November 15, was posted to Twitter with a sad caption…

Excuse us today we can not show you the cats,because ……
ladies and gentlemen, this is our home of Ernesto cats today. pic.twitter.com/XiaVzAOH6x

Though the bombing claimed the life of one dog (Hope), and more than one cat, Mohammad Alaa Aljaleel, the man who has dedicated his time to care for the creatures who are trying to survive without their families, is alive, reported the Huffington Post.

They bombed our house of cats Ernesto today: they killed some of our cats, also killed our beautiful dog Hope!

Photos of some of the animals who did not survive accompanied words of sorrow:

This is our shelter today … we don’t have words, only pain ! Rip our beautiful sweet soul.

The future of the sanctuary is uncertain amidst the ongoing violence in the area. Several cats are still alive…and still in need of care. As reported in Shelter Me, donations for the sanctuary can be made to Donazioni@speranza-hopeforchildren.org 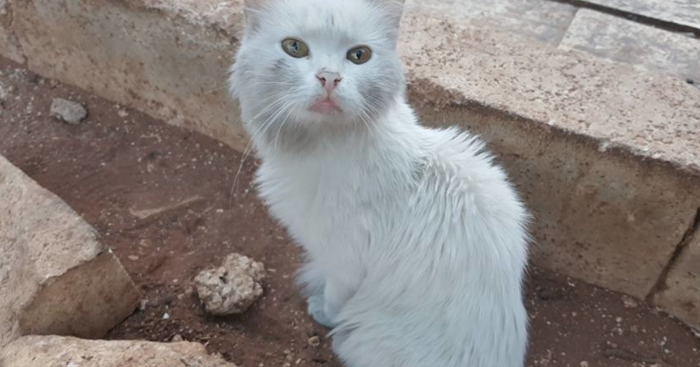