A Montgomery County, Maryland woman was sentenced on Friday to more than 16 years in prison, with all but 180 days suspended for keeping 66 dogs in her home in horrible conditions, reports NbcWashington. 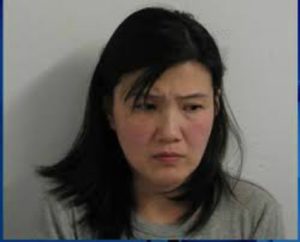 Katherine Ting Tiong, 47, had been operating a “rescue” called Forever Homes Animal Rescue at her home located on Glen Mill Road in Rockville. On January 1, authorities from Montgomery County Animal Services and Adoption Center entered the property and  found matted and urine soaked dogs living in dirty crates and suffering from ear, eye and skin ailments. All of the animals were seized. Three of the dogs had to be euthanized and another dog died from unknown causes.

The investigation began approximately a month before when police had been investigating a dog bite report. Authorities had not expected to find so many dogs in one home, and it became the largest seizure of animals in Montgomery County.

District Court Judge William Simmons also ordered Ting Tiong to pay a $1,000 fine and will be under supervised probation for the next three years after she is released from jail. According to the Bethesda Magazine, Ramon Korionoff, the spokesperson for the Montgomery County State’s Attorney’s Office, stated:

“Ms Tin Tiong will have 180 days behind bars to think about what she has done. Cruelty to animals will not stand in our county.”

All but three of the dogs have been adopted and reports from their new families have been positive. A few of the dogs are still struggling with behavioral issues – likely as a result of the ill treatment they received at Tiong’s home.