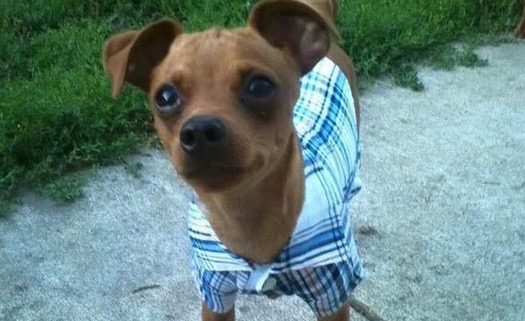 Unrequited love is believed to be the twisted reason for a small dog’s untimely death. According to Sunday’s KSTP News, an animal rescuer is accused of lashing out at another woman, who spurned her romantic advances. Shelly Byzewski, of Minneapolis, claims that 24-year-old Elizabeth “Libby” Osterbauer broke into her home, stole her dog, “Ducky,” and then drowned the dog.

According to a witness, Osterbauer took the three-year-old miniature Pincher to a wildlife area and stomped on him before drowning the dog in a marsh. The allegations have led to an arrest and charges – according to the Star Tribune, Osterbauer, owner of the Minneapolis-based Close to Home Canine Rescue, LLC, was jailed on charges of burglary and cruelty to animals.

Byzewski also alleges that her vehicle, and home, were vandalized by Osterbauer after she was told that her romantic feelings were one-sided. She has stated that Osterbauer’s outlandish behavior, which allegedly included stalking, got so bad that she had to temporarily move out of the state.

Woman headed to jail for stealing man’s dog and ordering it euth̵...
Scroll to top