In Senatobia, Mississippi, more than 202 animals were rescued this week from an alleged puppy mill. According to the rescue organization, Animal Rescue Corps, (ARC) who assisted in “Operation Dog Days of Summer,” 153 dogs, litters of puppies and pregnant dogs, a donkey, 13 cats and kittens, 50 chickens,  two turkeys, three parrots and seven rabbits, were found living in deplorable conditions. 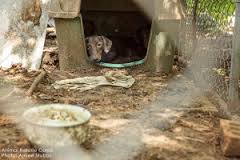 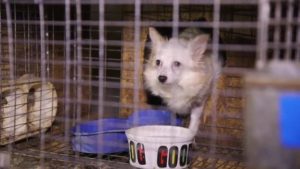 ARC President,Scotlund Haisley stated the owner of the animals had been selling them for profit and could not imagine anyone coming to the location and accepting the conditions as fine. The animals were all covered in filth and suffered from infestations of fleas, ticks and worms. Many suffered from alopecia, anemia and malnutrition. The most serious cases were rushed to emergency veterinarian services. All of the cats suffered from eye and upper respiratory infections. Some were found dead on the property. A description of the property described the floor where the animals had been kept “had six inches of dog feces, were crawling with maggots and littered with broken glass.”

These animals have endured extreme suffering for a very, very long time,” said Haisley. “These animals didn’t have a minute to spare. They were not surviving here, they were dying here. But all of that ends today and we won’t leave this place without taking every animal with us to our emergency shelter.” 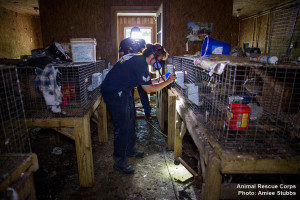 According to NewsWreg, the Tate County Sheriff’s Office received a tip of a suspected puppy mill at the location;  an undercover operation then provided enough proof for a search warrant to inspect the premises. When authorities arrived at the overgrown property on Thursday, they found the neglected animals in dilapidated pens, and in filthy conditions inside a barn, in the owner’s house and in an abandoned store located on an adjacent property.
Although the owner of the property has not been identified by name, Tate Sheriff Brad Lance stated she was “a single adult female” who was known to “raise and sell dogs” and other animals. The DeSoto Times reported the sheriff will review reports and assessments early next week, and  “charges will follow.” Especially tragic about the situation for the animals, are reports that neighbors could “hear and smell” something was wrong with the woman and her pets, however no one ever spoke up. Lance stated:

“There should have been some sort of intervention by her friends or family, but unfortunately this didn’t happen.”

Be the voice for those who cannot speak. Report suspicions of animal neglect or cruelty. 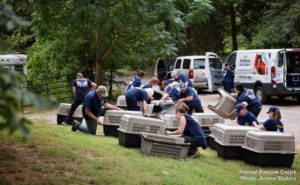 To help support Animal Rescue Corps, please click here. Your donations continue to make a difference in the lives of so many defenseless animals. Follow this organization on Facebook as the animals are made available through different organizations for adoption.
Follow the National Pet Rescue on Facebook. (No part of this article can be copied or rewritten without the express permission of the author.)
(Photos courtesy of Animal Rescue Corp by Aimee Stubbs and Tate County Sheriff’s Office.)
https://petrescuereport.com/wp-content/uploads/PRR-Logo3b-300x38-1.png 0 0 Cheryl Hanna https://petrescuereport.com/wp-content/uploads/PRR-Logo3b-300x38-1.png Cheryl Hanna2016-08-13 12:08:282016-08-13 12:08:28Puppy mill dogs in Mississippi seized in deplorable condition
3 replies