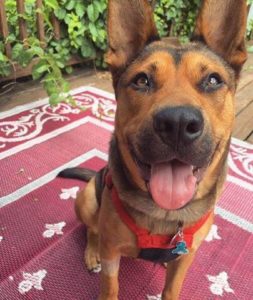 Residents in and around the area where a terrible car accident took place in Bow, New Hampshire, on Saturday, are being asked to keep an eye out for a puppy who was in the wrecked vehicle before disappearing. According to the New Hampshire Trooper’s Association, the six-month-old German shepherd mix ran away after Saturday afternoon’s rollover accident on Interstate 93.

The Trooper’s Association reached out to Facebook followers about the missing pup, named “Loto:”

In the truck was a 6 month old German Shepherd mix dog named “Loto”. The dog ran from the crash scene. Several people attempted to catch the dog however were unsuccessful. The dog was last seen running in an industrial area off of Route 3A in Bow. 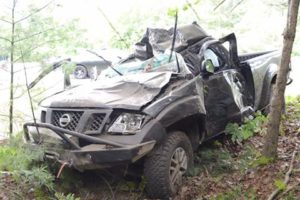 The truck was driven by 21-year-old Travis Gallant, who appears to have fallen asleep at the wheel.

Gallant, and his passenger, were taken to the Concord Hospital with multiple injuries.