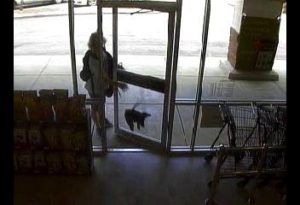 The City of San Antonio Animal Care Services is hoping that someone will recognize a man who was caught on surveillance throwing a puppy into a store. The Texas animal control agency reached out to Facebook followers on Wednesday with a request for help – the agency wrote, “Do you know this person? ACS needs the public’s help in identifying a suspect in a traumatizing abandonment case. The case involves a suspect who was seen on security video throwing a young puppy into a store before skateboarding away.”

The incident took place on June 10 at a store off of US 281 and Loop 1604, reported KENS5 News. The pup, a five-month-old Dachshund dubbed “Vans,” by animal control staff, was not badly injured from the throw, and he is expected to be made available for adoption. 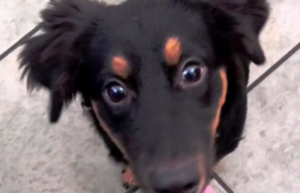 Animal control services investigator Audra Houghton commented on Vans’ condition, “He seemed timid and bruised up,” she added, “He’s very fortunate because he was thrown from high, and from that high up, he could have sustained broken bones. Fortunately he has no serious injuries.” 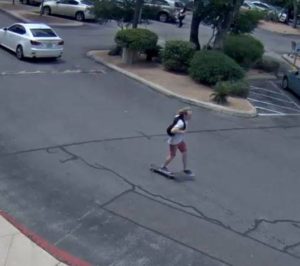 The suspect is described as a white male, possibly mid-late 20’s with blond hair, a receding hairline and a medium build. Anyone with credible information can call the ACS Cruelty Line at 207-6664.