You are here: Home1 / News2 / Dogs3 / Police officer risks life to save dog who fell through ice 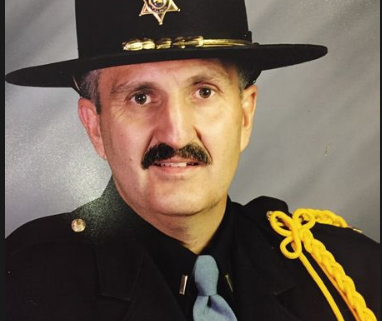 A dog in Long Beach, Indiana, narrowly escaped death after falling through an ice-covered lake on Monday afternoon. According to the South Bend Tribune, the nine-year-old golden retriever mix, named “Nelson,” had already lost the ability to use his rear legs when his hero, Lt. Todd Bullis, with the Long Beach Police Department, arrived to save the day.

Lt. Bullis responded to the call for help after Nelson’s owner, Elizabeth Lutterbach, called 9-1-1 to report that her dog had fallen through the ice on Lake Claire. Getting to the partially submerged dog was no easy feat – in fact, Lt. Bullis had to trek through heavy brush in order to access the dog.

Lt. Bullis had to enter the frigid, waist-deep water in order to reach Nelson – despite the less than ideal conditions, Bullis successfully carried the soggy, cold dog back to dry ground. The dog’s time in the cold water had taken a toll…by the time he arrived to an area veterinary hospital, he was nearly in shock. Thanks to veterinary intervention, Nelson’s body temperature returned to normal and he is expected to recover.

His hero, Lt. Bullis, was checked out of hypothermia as well – the dedicated officer returned to duty after a much needed (and well-deserved) hot shower. 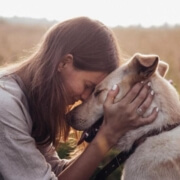 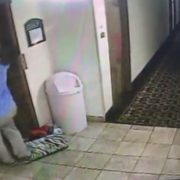 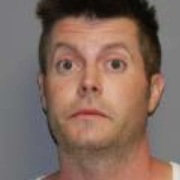 Man breaks into home to save dog from imaginary fire 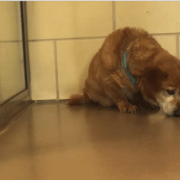