In Lufkin, Texas, two local women were waiting for a pizza delivery last Friday when they decided to kill time by playing the latest obsessive rage “Pokemon Go” reports  KrbeNews. 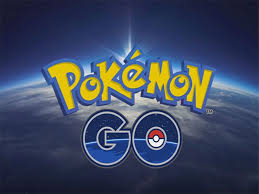 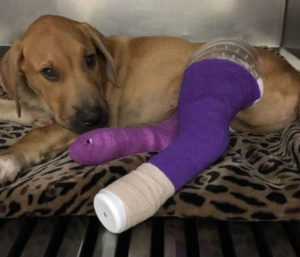 As Kaitlin Kouts and her friend Tiffany Revay walked towards Chamber’s Park searching for  a puffy pink “Jigglypuff” – one of the characters, instead they came upon an injured puppy; yes a real puppy!

Thought to be only about four months old, the Labrador retriever was bleeding from his mouth and had two broken legs. A garbage bag had been left beside him as if someone may have stuffed the defenseless pooch in there to suffocate him. 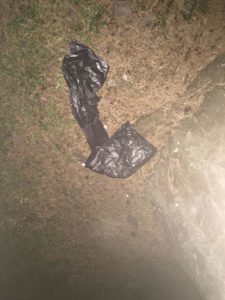 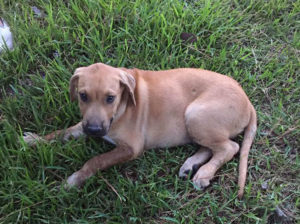 The women had no intentions of just abandoning the pup and called their pizza delivery person who volunteered to help. Recently trained as a paramedic, the pooch was stabilized and transported to Animal Control. 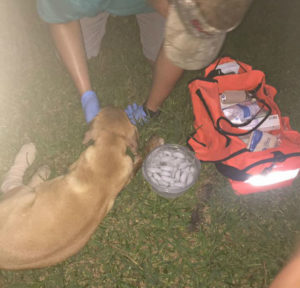 Because of the women and Kaitlin’s Facebook page, the four-month-old  puppy, now dubbed Pokey, was rescued  from being euthanized on Monday at Animal Control and transferred to Lone Star Vet Hospital. He will be under the care of Wendy’s Misfits.

Pokey requires surgery to repair his leg. A GoFundMe account has been established to help with the pup’s medical expenses.