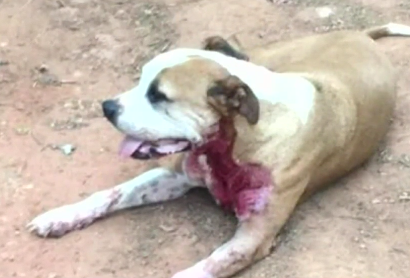 A pit bull dubbed “Hero,” lived up to his newfound name when he put himself between a knife-wielding man and a woman who was being attacked in Baldwin, Georgia. According to Sunday’s ABC 7 News, the stray dog lunged at the attacker and was seriously injured in the process.

The amazing act of bravery was witnessed by two police officers.  Officer Timothy Clay, one of the officers who saw the dog’s brave act, recounted the scene, reported International Business Times:

“The dog… lunged toward the male and the male came out with the knife and stabbed the dog several times. I don’t think we could have let that dog suffer and die. We felt like we needed to get that dog some help after what it had been through.” 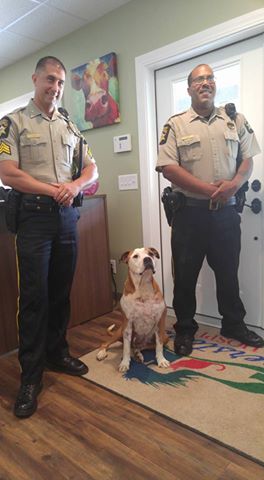