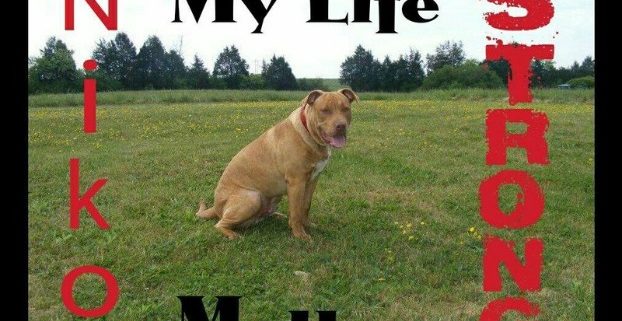 An ongoing case in Charlottesville, Virginia has Pit Bull lovers and animal advocates across the nation and around the world up in arms. Toni Stacy and her Pit bull Niko have been living a nightmare since December 2014 when Niko was seized by the Albemarle County Animal Control and imprisoned based on allegations that he killed a cat.

According to Toni and other witnesses, it all started when Niko accidentally escaped from his home. Toni chased after him and found him at a neighbor’s house. The neighbor claimed her cat was dead and Niko was the guilty one. However, no one saw the dog kill the senior cat and there were no puncture wounds on the cat’s body, nor was there blood anywhere on Niko’s mouth to indicate he had attacked and killed another animal.  The cat was never taken to the vet nor was a necropsy performed to prove Niko was the killer.

Despite lack of evidence Niko was deemed vicious and locked up in December of 2014. And he is still there today. The case has gone through the appeals process and is now waiting a hearing in the Supreme Court of Virginia. According to Toni Stacy, Niko’s owner, she has had him since he was 7 weeks old and he grew up alongside a four year old child and other animals and has never once showed any signs of aggression toward anyone. To prove Niko’s innocence further, Toni had him assessed by a dog behaviorist who also deemed Niko as non-aggressive.

However, the Albemarle County Animal Control Office is standing strong on labeling Niko a dangerous dog and wanting him killed. Many rescues have offered to take Niko in but he is refused his freedom. To inflict further pain and suffering on Niko, he is no longer allowed out of his kennel for exercise thanks to a decision handed down by the Director of Animal Control. When Niko first arrived at the Charlottesville /Albemarle SPCA he was allowed out of his cage for walks and play time with Toni. Now he is in his cage 24/7 with a “Do not walk” sign on his cage and he is also kept muzzled. He is suffering from so much anxiety he needs to be medicated.

Toni is only allowed to visit him once a week and when she does, Niko just looks at her through the cage and cries, his spirit broken and his anguish obvious.

This is nothing short of animal cruelty, keeping a dog in a cage all day and night. Even if a dog is accused of a crime they still deserve to be treated humanely and their physical and emotional needs met. Human prisoners who have committed far more heinous crimes than allegedly killing a cat are allowed time in the exercise yard. Why should a dog, an equally sentient being not be allowed these same allowances?

Niko’s case is eerily like the case of Tony the Pit Bull in Clifton, Arizona who was executed in 2012 based on zero evidence that he killed a neighbor’s dog. He was made the scapegoat since he was a Pit Bull when all evidence pointed to a coyote killing the dog.  Once again there were no witnesses and no medical evidence linking the dog to the crime.

Many are taking a stand for Niko and have launched a petition on his behalf on Change.org

This injustice is happening over and over again not only in this country but all over the world.  There is a certain breed specific prejudice and hysteria taking place which is causing countless dogs to be killed and the rights of their owners totally disregarded. 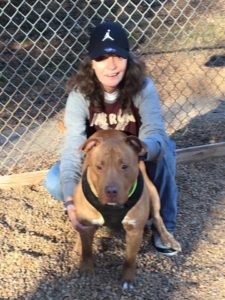 Toni with Niko when he was still allowed outside for exercise.

Viral photo of duck on plane: ‘Daniel takes care of me’