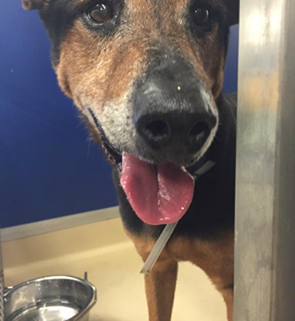 It’s not as if there is a line at the door to adopt a senior Doberman pinscher, but Nino’s former family surrendered their loyal dog to the overcrowded Miami-Dade County Animal Services with barely a nod of regret. “They were moving.” And so it became the worst day of Nino’s life – the sweet, well-behaved dog waited and waited for his family to return or maybe someone to come along and love him. In the meantime, Nino cries and shivers in his kennel – since June 30th – never getting accustomed to being a “shelter dog no one seems to want.” 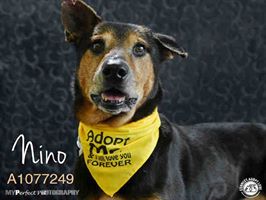 A Facebook page for Nino can be found here or here. Funds have been pledged for Nino’s rescue to an approved rescue organization when he is safely out of the shelter. Here is an older dog, who likely doesn’t chew the expensive shoes anymore,  has been described as friendly and seriously searching for his best friend. Share his plight with friends, family and social media contacts. Sharing saves lives. Please don’t let this beautiful dog die in a shelter because no one wanted him.