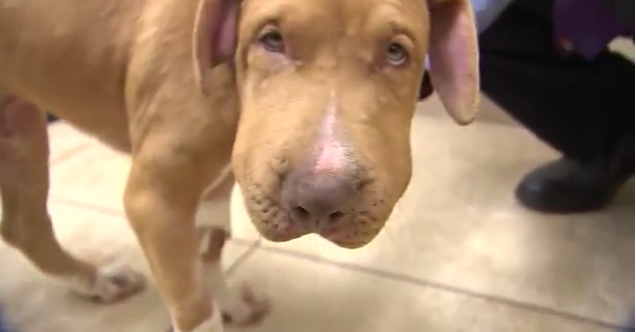 A puppy in Phoenix, Arizona, is lucky to be alive after he was stung hundreds of times by an angry swarm of bees. According to Tuesday’s NBC4i News, the pit bull puppy, named “Tramp,” was outside of his owner’s home on Saturday when a swarm of bees living in a hive next door attacked – when Tramp was treated at a veterinary hospital, over 400 stingers were pulled from his swollen body.

Tramp’s owner,  Jeremy Denoyer, was stung several times himself when he tried to rescue the puppy from the vicious swarm of bees – according to CBS 5 News, Cynthia Jones, the veterinarian who treated the puppy said that his case was the worst she had seen in her entire career. Dr. Jones noted that most dogs his size would have died from that many stings… 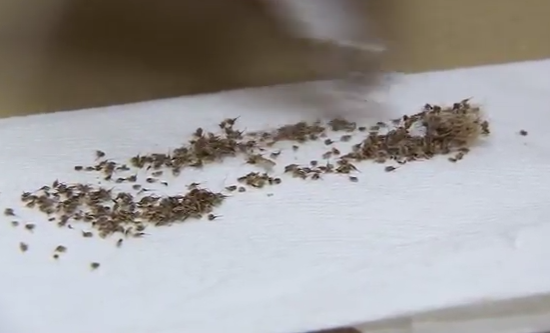 Denoyer’s other dog, “Lady,” also suffered 50 stings in Saturday’s attack – the hive still remains in the vacant house next door. It is unclear if anyone will be removing the hive, and the dangerous bees, from the house. 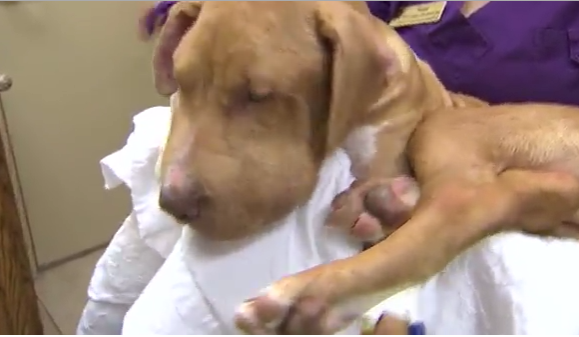