You are here: Home1 / News2 / Dogs3 / dog abuse4 / Man shoots another man who was beating a dog
Spread the love
Tweet 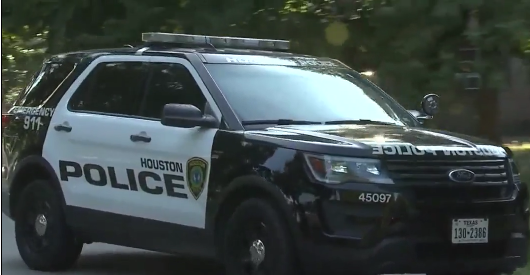 The sight of a dog being beaten prompted a man in Texas to take matters into his own hands.  According to ABC News, the incident took place in the Acres Home area of Houston on Wednesday morning when a man in his 60s witnessed his neighbor, described as a man in his 20s, allegedly beating a dog.

Reports indicate that the older man confronted the younger man about the alleged abuse – allegedly asking the younger man to stop beating the dog. The tense confrontation escalated and a short time later, the older man obtained a shotgun. The mother of the man in his 20s told KPRC 2 what took place:

My son attacked him in some form or fashion because they were talking about the dog. My son ran into the house. The guy that shot him ran into another area, got the shotgun and shot through my back window and shot my son in the neck,”

The man who was shot was taken to a hospital for treatment – he is expected to be released this week. The man who fired the shot is apparently not facing charges because his actions were considered to be self-defense by the authorities.