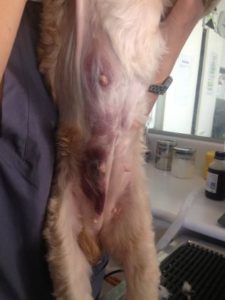 A woman’s former boyfriend pleaded guilty to animal cruelty on Friday in the Parramatta Local Court in Australia after he intentionally beat a disabled dog causing the animal serious internal injuries. According to the Daily Telegraph, Christopher De La Fuente, 25, subjected a female cavoodle named Paris to abusive training methods for over a month in order to assert himself as the “alpha male.”

On February 23, 2015, De La Fuente “disciplined” Paris for defecating and urinating in the apartment by kicking the dog on both sides so egregiously that veterinarians diagnosed 16 cracked ribs. Paris had a partially amputated leg which made it difficult for her to walk. When the dog’s owner returned home, she found Paris lying on the floor in distress and immediately brought her to the Epping Veterinary Clinic.

Upon examination, Paris was unable to stand, had a faint heartbeat and trouble breathing. Radiographs revealed the dog had multiple rib fractures, two splintered ribs and an older  fracture that had since healed.

Judge Tim Keady sentenced De La Fuente to 150 hours of community service and prohibited him from owning an animal for 10 years, telling him that “quite (a) serious injury” on an animal was “an indication of the character of the offender” which may be “indicative of deeper problems.” RSPCA NSW Chief Inspector David O’Shannessy said the offender was “totally” at fault for the intentional assault of the defenseless dog.

Paris has since recovered.

(Photos of disabled dog via RSPCA NSW and Daily Telegraph) 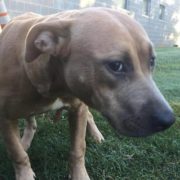 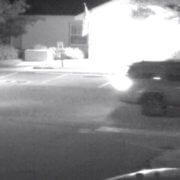 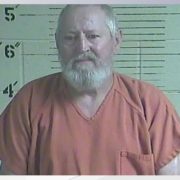 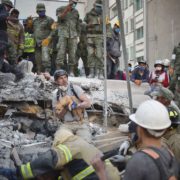 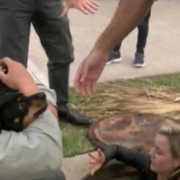 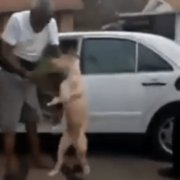 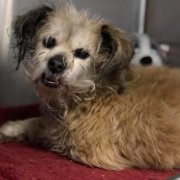 Surrendered senior dog had her heart broken when owners left her

From couch to cage, young Lab shakes with fright at shelter
Scroll to top