You are here: Home1 / News2 / animal cruelty3 / The latest on young dog paralyzed after being shot in the back 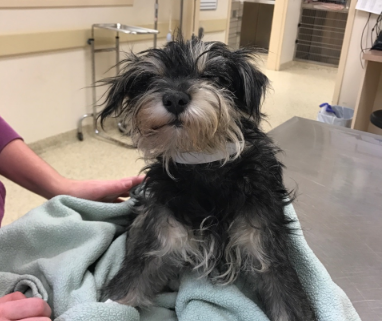 Updated information has been released on the injured, young dog who was discovered in Beaufort, South Carolina. The dog, a one-year-old Schnauzer mix dubbed “Snuffy,” was paralyzed after being shot in the back – according to the non-profit rescue group, Noah’s Arks Rescue, whoever shot the dog did so at point blank range.

The non-profit organization detailed what Snuffy’s veterinarian, Dr. Bergman, found during the examination, “Someone had SHOT Snuffy Point Blank in the back with a pellet gun, and the pellet was dead center in his Spinal Cord. The person that did this put the gun directly on the skin of Snuffy and FIRED. It was as if their intention was to sever the spine completely. The destruction was so great, that hair was embedded in the spinal cord.”

Dr. Bergman told the rescue group that, “He could not have placed a pellet in the spinal column that accurate if he had surgically done it.”

Snuffy is completely paralyzed in the rear portion of his body at this point in time, including his bladder and bowels. An initial reward of $1,000 was offered, but it is now up to $5,000. Anyone with information about this act of cruelty is asked to call 843-255-5010.  Beaufort County, Hilton Head Humane and Noah’s Arks Rescue are jointly paying the Reward Fee. 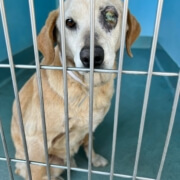 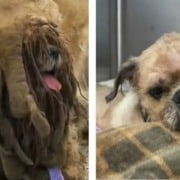 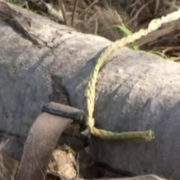 Body of abandoned dog found tied to a tree 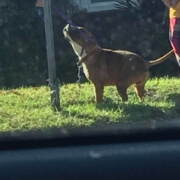 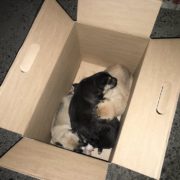 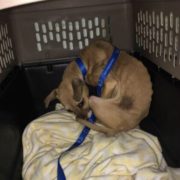 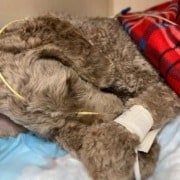