On Saturday, a Kingman Police K-9 officer suffered from heat exhaustion after searching for injured hikers near White Cliff, reported the police department on their Facebook page: 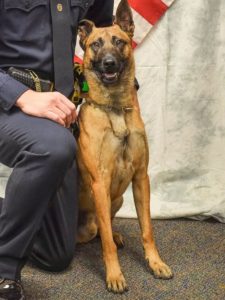 It is with deep sadness that the Kingman Police Department  (Arizona)reports that K9 Amigo paid the ultimate sacrifice and has succumbed to his injuries.”

Amigo, a three-year-old Belgian Malinois and his handlers had been on a search for two hikers who needed rescue from the top of the mountain  on Wednesday; both were found and treated for minor injuries. Both hikers were transported to the Kingman Regional Medical Center. At the same  time, Amigo started to show symptoms of heat exhaustion and was rushed to a local veterinary clinic. Later that evening, he was  moved to a specialized veterinary hospital in Las Vegas where he had been improving, however came the report that Amigo suffered  ” a sudden medical event” and died early Saturday morning.

“This is a very sad occasion. The bond between our handlers and their dogs is very strong and the officer is devastated by the loss. While they are working dogs, these animals also become a close and important part of the individual police officer’s family as well as the rest of the KPD family. Clearly, we have lost one of our own.” stated Robert J. DeVries, Chief of Police. 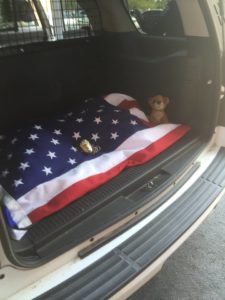 Rest in peace Amigo. A comment on the organization’s Facebook page bid the canine hero a solemn and heartbreaking farewell: