You are here: Home1 / News2 / animal cruelty3 / Investigation of Snapchat video into kangaroo tortured to death by local...
Spread the love
Tweet 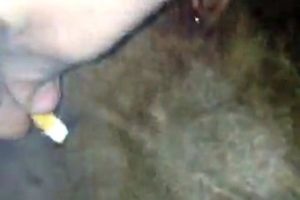 The video showed a kangaroo intentionally run down by a vehicle and then stabbed multiple times with a hunting knife in its head as others burned the animal’s eyes with cigarettes while it was still alive. The incident is said to have occurred on June 10 and involved three teenagers. 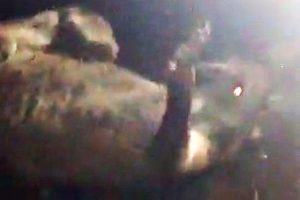 Snapchat sends short images referred to as “snaps” and can only be viewed for a user-specified length of time ranging between one and ten seconds before the images disappear.

“I’ve been doing this job for 12 years and I’ve seen some pretty horrible things, and this certainly rates up there with one of the worst things I’ve seen,” stated RSPCA SA Chief Inspector Andrea Lewis,  regarding what she termed a ‘barbaric act’. “Once the animal had allegedly passed away, they’ve stomped on its head until its head came off its body.”

If found guilty of aggravated animal cruelty under the Animal Welfare Act, punishments include up to four years in jail and/ or a fine of up to $50,000.

A teen from the local suburb has been questioned, however the RSPCA has put out a plea for additional information and is asked to contact the  RSPCA South Australia’s 24-hour cruelty hotline on 1300 477 722. Help this defenseless animal find justice and get these cruel offenders off the street before they harm other animals or humans.