You are here: Home1 / News2 / Dogs3 / dog abuse4 / Investigation into death of 7-pound puppy tied up, stuffed in bag and ...
Spread the love
Tweet

A family in Linn County, Iowa are devastated after someone tied the feet of their tiny 10-month-old puppy together, stuffed her in a bag and then threw her into a creek – knowing there was no way for the dog to survive, reports KwwlNews. 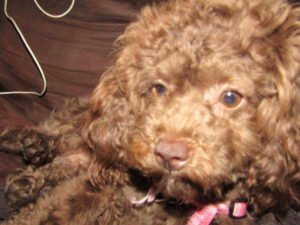 The Linn County Sheriff’s Office is currently investigating the death of Bella, a Shih Tzu Poodle mix who slipped out of her home on Monday. Ashley Ray said she and her family searched all over for Bella as well as throughout the night. The next day, a man found the dog’s body near a creek off Mt. Vernon Road. The Cedar Valley Humane Society called her to come and identify her dog.

Bella was part of the family, and no one can understand how anyone could do such a despicable deed to an animal.

“It’s disgusting. I don’t know how anybody could take a poor, innocent, tiny dog that’s not even seven pounds, tie their feet together, while they’re screaming and crying and yelping for help, put them in a bag, take them and throw them in a river where they know that they are not going to be able to fight for their life,” Ashley stated. 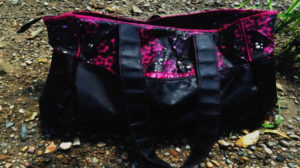 Because of the viciousness of the crime, the person responsible for the crime could be charged with animal torture or abuse. Both crimes carry an aggravated misdemeanor charge of a $625 to $6,250  fine and a maximum of two years in jail for a first time offense. Animal cruelty punishments in Iowa carry stricter punishments than most other states.Animal lover State Senator Jeff Danielson hopes to find the coward who committed this heinous crime and punish him to the fullest extent of the law. No suspects have yet to be named.

And a family mourns the death of an innocent puppy. Rest in peace Bella. We are sorry cruel people walk the earth.