A 60-lb English bulldog was stuffed into a small cat crate and abandoned outside of a no-kill animal shelter in Southfield, Michigan. On Friday, the Almost Home No Kill shelter alerted Facebook followers to the cruel situation which left the dog, dubbed “Sarah,” injured.

The shelter wrote, “Sarah is a tortured innocent soul who was stuffed and mangled in a cat crate and left to die. There comes a time when you thought you have seen it all. This is the worst case of abuse and torture we have seen since we have been in rescue.” Sarah had been abandoned in the small crate on the driveway of the shelter – it is believed that she suffered inside of the crate for 12 agonizing hours. 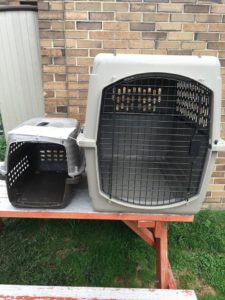 The shelter described the impact on Sarah:

After rushing Sarah to the hospital, the conclusions are extremely alarming. Sarah was either beaten prior to being stuffed in the crate, or she was shoved in the crate (a third of her size) which caused her injuries…Sadly, she is unable to walk.

Her injuries include: herniated disc, leaving her completely paralyzed from the waist down. Our veterinarian has told us in order to make Sarah better we will have to pay for several procedures including x-rays, MRI’s, blood work, pain medications, and a list goes on. We were told she will indeed require a long and tedious spinal surgery which will cost at this point between $10,000-$15,000. 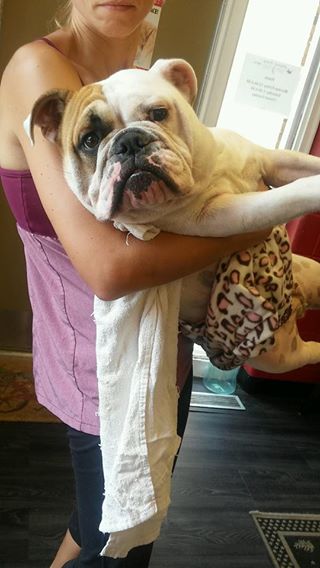 The police are conducting an investigation into this cruel incident – donations are being accepted by the rescue agency to help Sarah receive the care that she needs:  Please visit the link at: http://almosthomeanimals.org/help-us/donate/ Or mail checks to: Almost Home, P.O. Box 250602 West Bloomfield, Michigan 48325. Please put “Sarah” in the memo.