A Palm Bay, Florida man was arrested on Saturday and charged with breaking into a home on Salia Street. On July 24, Markell Sawyer allegedly committed burglary and stabbed a tiny Yorkshire terrier with a pair of scissors leaving him him for dead, reports the Facebook page of the Brevard County Sheriff’s Office. 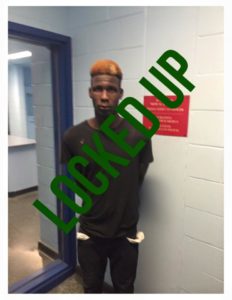 Sawyer, 19, has been charged with armed burglary of a home, grand theft from a building of more than $300 but less than $5,000, criminal mischief of less than $200, felony animal cruelty causing death pain and suffering, dealing in stolen property and first-degree felony criminal attempt to solicit.

The dog’s owner, John Kilderry was devastated to find his two-year-old dog nearly bleeding to death after the burglary. Jasper is slowly recuperating and is expected to make a full recovery. Sheriff Wayne Ivey was so disturbed over the animal cruelty inflicted upon the defenseless little dog, a short video appeared on the organization’s Facebook page offering a $3,000 reward for information leading to the arrest and conviction of the person involved in the heinous crime. Sheriff Ivey stated  in the video that anyone capable of hurting a defenseless dog on purpose, belongs behind bars. 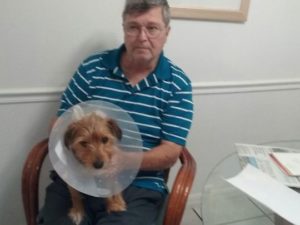 “I would like to personally thank everyone who shared our video that offered a reward for information regarding the case and also commend the members of the Palm Bay Police Department for apprehending this violent perpetrator and getting him off the street where he can’t hurt anyone or anything else. Sheriff Wayne Ivey”

Sawyer remains in the Brevard County Jail without bond.

Surveillance camera catches man abandon puppy on side of road Thugs release 3 shelter dogs and used them as ‘bait’ for fighting...
Scroll to top