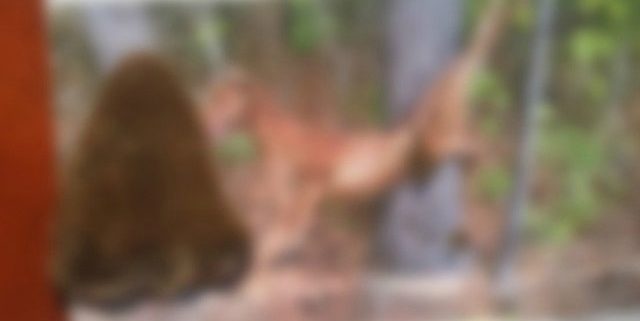 On Tuesday, the People for the Ethical Treatment of Animals (PETA) received an envelope that contained a disturbing photo of a dead, tortured dog strung up between two trees. In the envelope with the horrific animal abuse photo, it also contained the dog’s severed ear.

The envelope was postmarked from Chattanooga and sent to the main quarters of PETA in Virginia. According to the Times Free Press, the photo showed a light reddish brown, medium sized male dog with a white streak on his chest. PETA and the Humane Educational Society (HES) are offering a $6,000 reward for the arrest and conviction of the person(s) involved in this despicable act of animal cruelty.

“It should send chills down anyone’s spine to imagine someone out there hanging, killing, and cutting body parts from a dog who could only have been terrified—and then bragging about it to an animal-protection charity. The whole community is at risk if a violent person who acts out in this way is not found and held responsible, and PETA urges anyone with information about this case to come forward.”

With the press release, the following photo showing the dog strung up and the dog’s severed ear below was included. (May not be suitable for all viewing audiences) 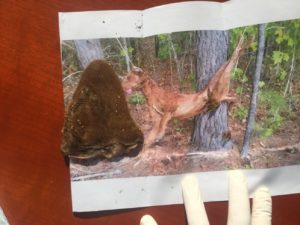