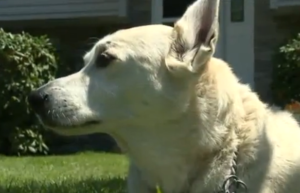 A devoted dog is being called a hero, and compared to “Lassie,” after doing his part to lead rescuers to his injured owner, who fell while on a hike in Luzerne County, Pennsylvania, reported Friday’s Fox 61 News. The dog, named “Guy,” seemed to be acutely aware that his 79-year-old owner, who fell while trekking through the Humboldt Industrial Park, was in need of help.

Rescuers searching for the elderly man struggled to locate him, until Guy’s non-stop barking caught their attention. Matthew Marsicano explained to Fox 61 how volunteer firefighters were trying to figure out how to get to the injured hiker:

We stopped at an embankment. We didn’t think we would be able to drive up. The county was telling us he was up there. We were starting to debate if we could get up there how are we getting down.

Guy did not stop at simple barking – he eventually left his owner’s side and ran to the people who had arrived to help. The dog came to the rescuers and guided them back to his human friend. 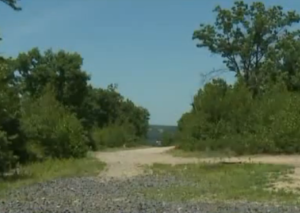 Guy’s faithful devotion continued as the rescuers packed the man out – Marsicano said, “The dog ran up the bank, would stop every 20-30 feet and look back and start barking. As we got him loaded up and started carrying him down, every time we carried him the dog was whining right at our feet. We would have to stop to not trip over the dog. When we put him down the dog sat right next to him.”

The injured man was taken to a hospital and he is expected to be released on Friday – his four-legged friend was taken in by one of the firefighters and will be returned to his owner as soon as the man is able to take him.