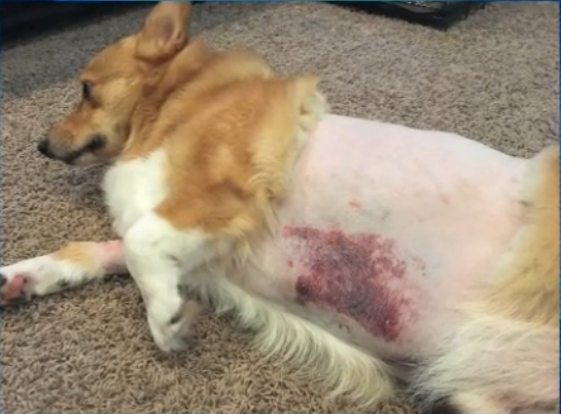 A dog who was taken to a veterinary clinic in Iowa City, Iowa, suffered serious injuries during a grooming session, reported Friday’s KCRG News. The man accused of causing the injuries has been identified as 22-year-old Lucas Van Orden IV – a, now former, employee at the veterinary center.

Orden is facing a citation for animal neglect for the incident on the morning of July 9 which left a Corgi named “Jasper,” with multiple injuries, including fractured ribs, bruised lungs, and subcutaneous emphysema. According to WCNC News, Jasper’s owners could see that something was terribly amiss as soon as they picked their dog up from the Creature Comfort Veterinary Center.

The dog’s behavior was concerning enough that he was rushed to an emergency veterinary hospital where he was diagnosed with serious injuries and admitted for several days.

Orden confessed to the cruel behavior, telling the authorities that he had kicked Jasper during a grooming session. The veterinary center dismissed Orden from his job after learning about the concerning allegations.

16-year-old Chi surrendered because she was ‘too old’ Shepherd languishes on side of road with serious injuries until he is rescu...
Scroll to top