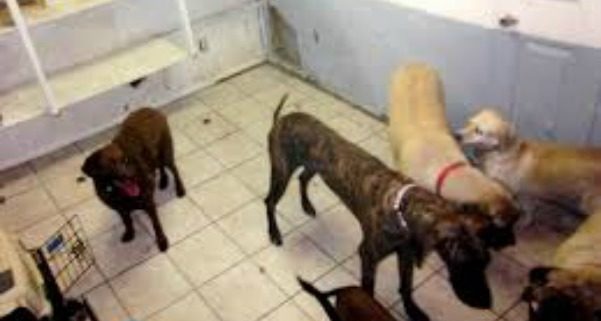 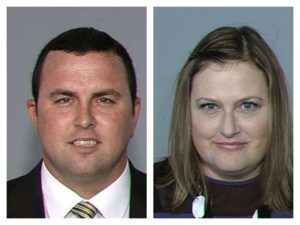 In Gilbert, Arizona, kennel owners  were sentenced to jail on Friday after having been convicted of animal cruelty in the heat exhaustion deaths of 23 dogs, reports the AZCentral.

Jesse Todd Hughes and Maleisa Maurine Hughes were sentenced to staggered 60-day jail terms in a case that drew national attention in June 2014 when the kennel’s air conditioning failed, resulting in the deaths of the dogs. The dogs died in a 9-by-12-foot room at the Green Acre Kennel while the Hughes were on vacation in Florida and had left the kennel in the care of Hughes’ college aged daughter and her then husband Austin Flake, the son of U.S. Senator Jeff Flake (R-Arizona).  Green Acre Dog Boarding had been advertised as a “Disneyland for Dogs,” where the animals could roam freely; tragically that was not to be the case.

The couple were also sentenced to six years of supervised probation and 230 hours of community service. During their two consecutive three-year terms of probation, they are banned from acquiring new animals, working at a boarding business or posting about the case on social media.  Just before the judge handed down the sentence, the couple apologized to the dog owners:

“We are sorry about this. We have lived this every day for the last two-plus years,” Jesse Hughes stated to the court. And as Maleisa cried, she also addressed the dog owners. “I would do anything to take away their pain. I want these guys to be able to forgive us and get some closure. That’s why I pleaded guilty.”

Originally the Hughes claimed the dogs had chewed through a wire connection to the air conditioner, however an expert later determined the air conditioning unit had not been properly maintained resulting in its failure and the death of the dogs. The couple pleaded guilty earlier this year to multiple charges of animal cruelty and the facilitation to commit fraudulent schemes.

Many of the dog owners attended the sentencing and made highly emotional pleas to the judge for a tougher sentence stating their dogs were members of their families, accusing Jesse of lying to them about the number of dogs boarded at any one time and telling owners their dogs had run away, when in fact the dogs had died. The heartbreaking photos of their dogs now dead affected the entire courtroom as the victims told the judge how they have been impacted at the loss of  their companions.

The couple will serve their jail sentence in the Tent City Jail.

Missing dog reunited with owner after years away